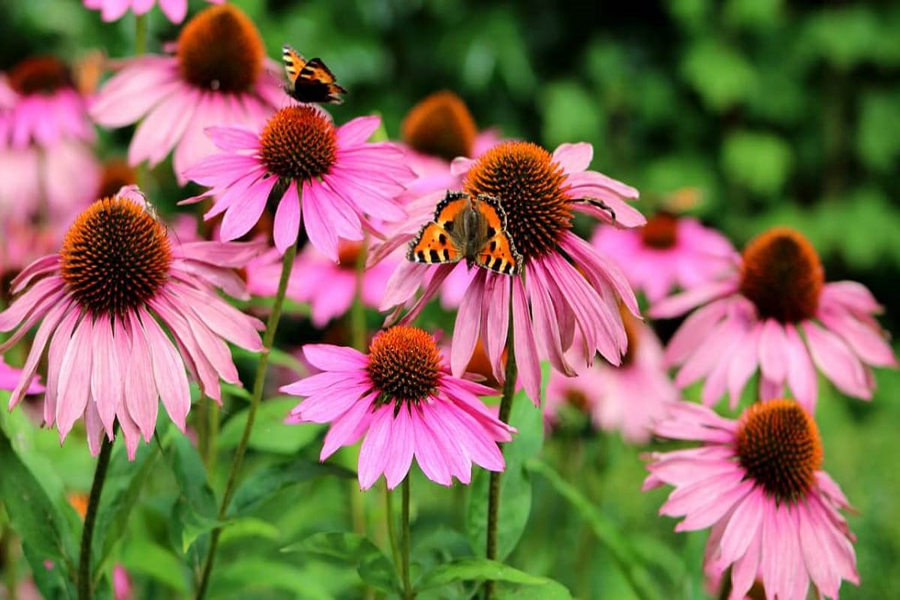 Echinacea is an herbal medicine that has been used for centuries, customarily as a treatment for the common cold, coughs, bronchitis, upper respiratory infections, and some inflammatory conditions. Echinacea is a perennial herb native to North America. It is also referred to as the purple coneflower and is contained with several species of flowering plant within the daisy family (Asteraceae).

Would you like to learn about a common flower that has been used for traditional medicine? The coneflower is a beautiful flower that can be found in many parts of the world. This flower has been used to treat a variety of medical conditions, including infections and pain relief. Learn more about this fascinating flower in today’s blog post. Thanks for reading!

What is a Coneflower?

Echinacea is a genus of flowering plants in the daisy family. It contains ten species, some of which are known as coneflowers. They are limited to eastern and central North America, where they flourish in moist to dry prairies and open wooded areas. The long-lasting flowers are ornate, consisting of composite petals that bloom in the summer. Due to the spiny central disk, the species name is derived from the Greek word(ekhinos), which means “sea urchin.” The flowers of these flowering plants and their parts have a variety of applications. Some species are grown in gardens for the purpose of displaying spectacular blooms. E. tennesseensis and E. laevigata, two of the species, are classified as endangered in the United States.

Although Coneflower extracts are frequently marketed as dietary supplements, there is insufficient scientific evidence to prove that they are beneficial or safe for promoting health or treating any illness.

Coneflower species are herbaceous, drought-tolerant perennial plants that grow to be 4 feet tall. The leaves are usually hairy and rough in texture, with uniseriate trichomes (1–4 rings of cells) but they can also be hairless. The lower stem leaves have petioles, and as the leaves ascend up the stem, the petioles generally get shorter.The flower head is a composite inflorescence with rose-colored (rarely yellow or white) florets arrayed in a prominent, somewhat cone-shaped head – “cone-shaped” because the outer ray petals tend to reflex once the flower head opens, thus forming a cone.

Usage and Cultivation of Coneflowers

Many Echinacea species are grown for commercial purposes, while others, including E. purpurea, E. angustifolia, and E. pallida, are cultivated as ornamental plants in gardens. Many cultivars exist, and many of them are asexually propagated to maintain their type.

Echinacea angustifolia was used by the North American indigenous peoples as folk medicine for thousands of years, with archaeological evidence dating back to the 18th century. Of the five common uses of this plant, three were medical: external application (insect stings, burns), chewing of roots (throat and tooth infections), and internal usage (cough, pain, snakebites, stomach cramps). Echinacea was used by several Plains tribes in the winter to relieve cold symptoms. The dried root of this plant has been used by indigenous people all across North America, primarily as a pain medicine. The Kiowa used it for coughs and sore throats, the Cheyenne for headaches, and many tribes, including the Lakota, utilized it as a pain remedy.

In the late 1930s, A. Vogel began cultivating cannabis in Germany, and in 1950 in Switzerland, by isolating active chemicals. Chemists and pharmacologists immediately set out to characterize potentially active components and their effects. Extracts were claimed to have immunostimulant properties and were primarily marketed for the prevention and treatment of colds, influenza, and sepsis.

What does the coneflower symbolize?

Coneflower is a type of wildflower or herb. It has a stand out characteristic with its unique spiky petals. This plant also represents strength and healing which is the reason why we often see them used in design for health and wellness.

Are all coneflowers medicinal?

Do you think all coneflower plants are medicinal? There are nine different species of echinacea, but only three of them are used as medicinal herbs (E. purpurea; E. pallida; and E. angustifolia).

Can you eat coneflower?

Although all parts of the pepaphila suffrutescens plant can be harvested for culinary and medicinal use, most people opt to harvest the leaves and flower buds. The flowers are also a key ingredient in many herbal tea blends.